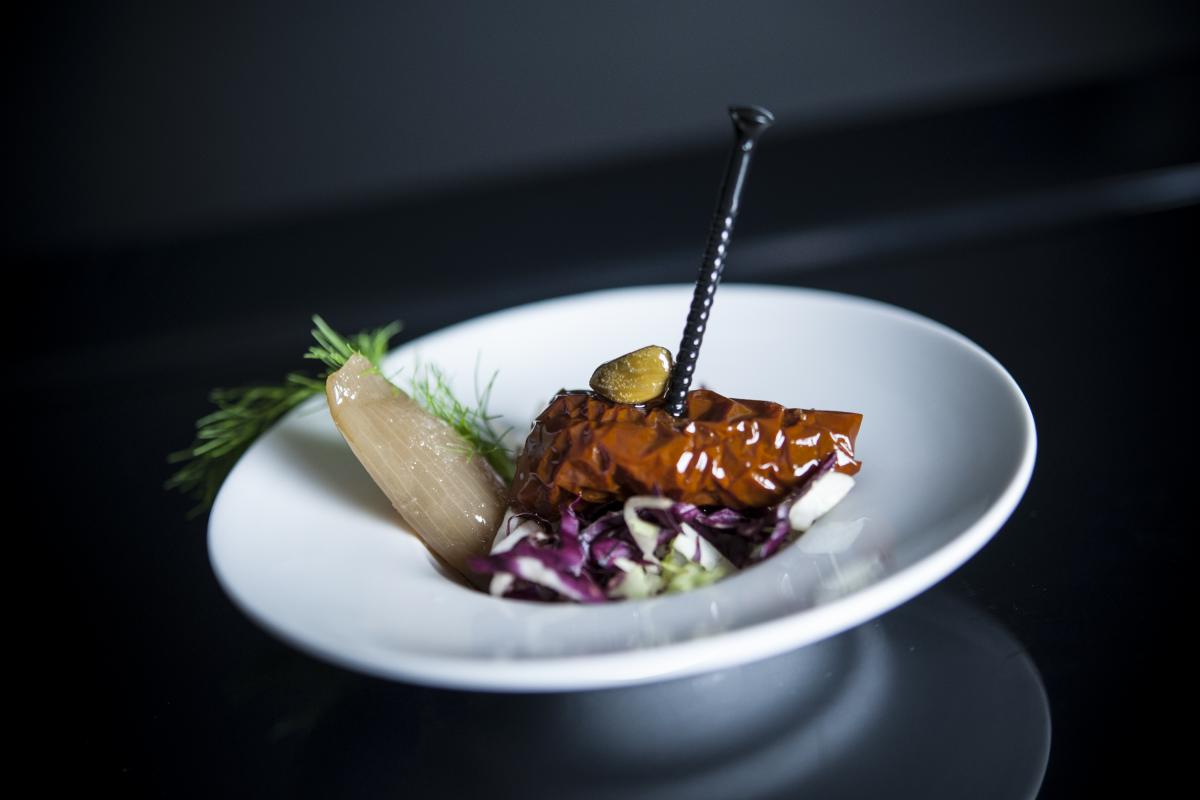 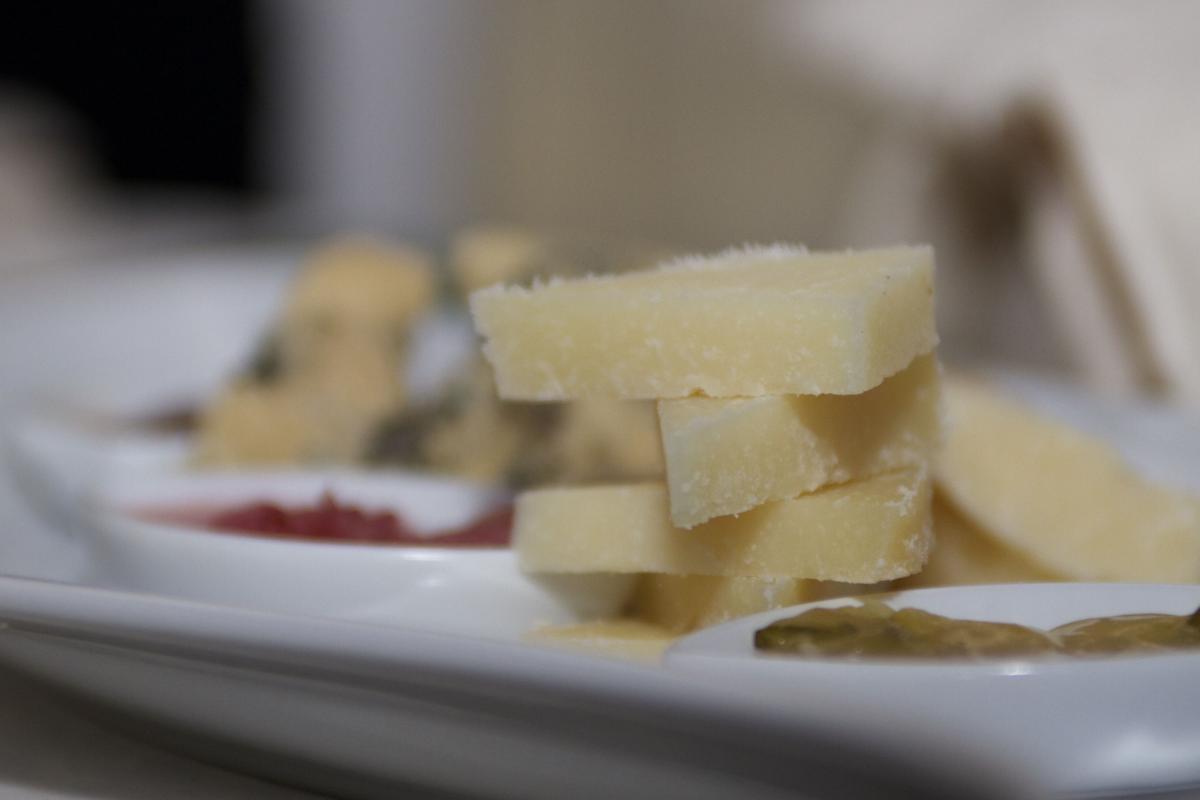 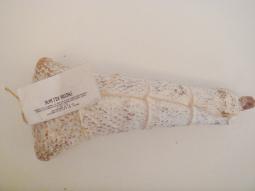 The Goose Salami is an old Jewish recipe, whose father, a butcher of the Venice ghetto, selling fresh salami Jews for the holiday. The goose salami purchased was dried between the window and the balcony in a cool, dry place. Today the seasoning is longer in order to avoid that the slices are ruined at the time of cutting, by failing, the salami, thickening agents that bind the dough.
The production technique provides that the goose neck is sewn on one side so as to be filled from the opposite side so as to form a bag.The goose meat is separated from the thin oily skin, all is then cut into cubes with a knife, seasoned with salt, pepper and allspice, which is a carnation pepper spice typical of Jewish cuisine. During ripening, the salami is hung on the contrary, from which the particular shape of the product. During the fermentation, the skin turns into a white cube. 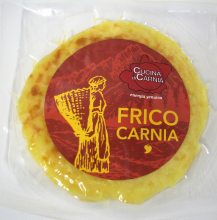